Russia’s Constitutional Court has ordered a prominent human rights organization to close its doors after it accused the Russian government of sponsoring terrorism and violating international law. The decision is likely to send shockwaves through Russia’s civil society and other organizations, which have increasingly relied on free speech in recent years. 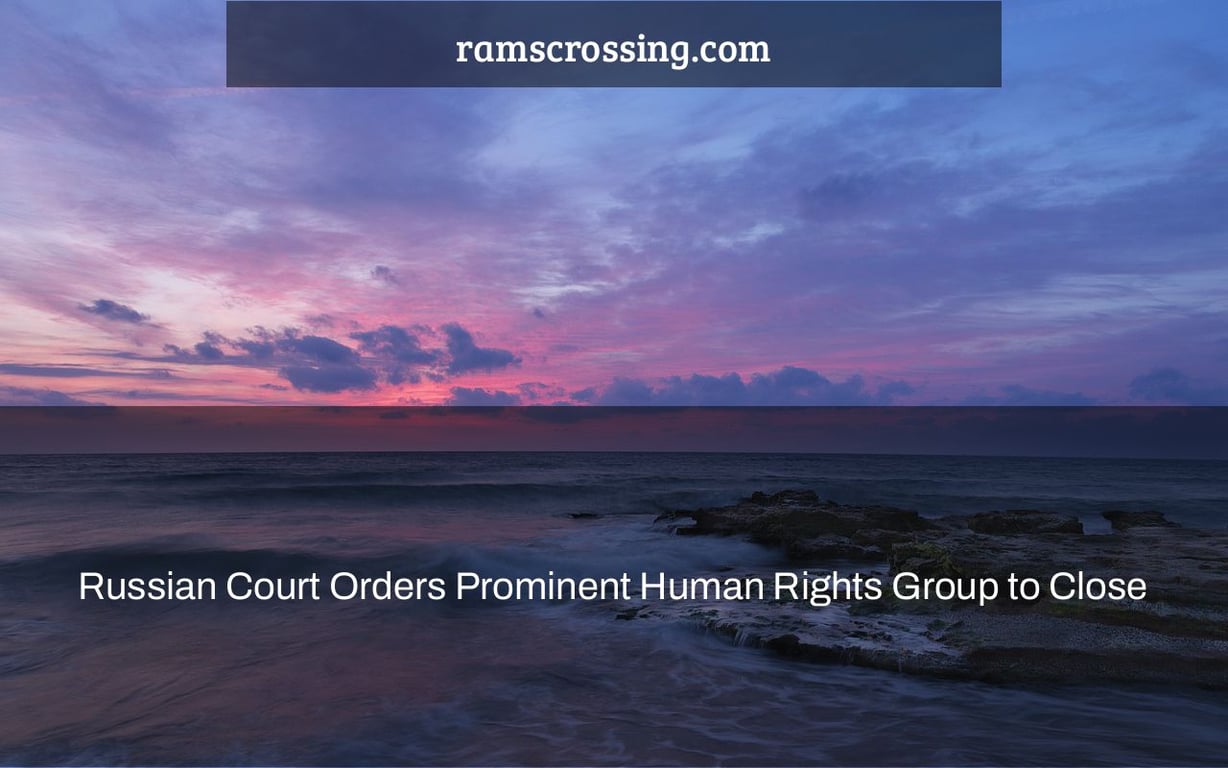 On Tuesday, a Russian court disbanded one of the country’s oldest and most prominent human rights groups, a decision that government opponents believe furthers President Vladimir Putin’s anti-dissent campaign.

International Memorial, which was founded under Soviet leader Mikhail Gorbachev to investigate and bring to light the Soviet system’s wide-ranging abuses of its citizens, has increasingly come under fire from Russian authorities, who labeled it a foreign agent in 2016 for receiving funding from abroad.

According to state prosecutors, the organization failed to comply with regulations requiring it to disclose its position as a foreign agent on printed materials and across its website. According to Russian news agency Rapsi, prosecutors also accused the organization of misrepresenting “historical facts” and portraying the Soviet Union as a terrorist state.

Mr. Putin has extolled the country’s Soviet heritage as Moscow has pushed a more assertive foreign policy toward the West, evoking sympathy for the Soviet Union, which was involved in a Cold War with the United States for decades.

The ruling will be appealed, according to International Memorial.

On Facebook, it said, “The liquidation of International Memorial is a punishment for Russia’s whole civil society.” “A political judgment has been delivered by the Supreme Court.”

On Tuesday in Moscow, a Russian Supreme Court judge read the verdict in the lawsuit against International Memorial.

The International Memorial has mostly focused on Russia’s Soviet history. Prosecutors also want the group’s human-rights branch, which focuses on political persecution under the Russian government, shut down on Wednesday.

The groups have kept a database of millions of Soviet and Russian residents who have been persecuted by the state. They also attempt to educate Russians about the horrors of Soviet repressions during the tyrant Joseph Stalin’s reign. International Memorial claims that its efforts to bring attention to previous human rights violations have become perilous in today’s Russia.

The International Memorial and its human-rights wing were among the first to criticize the foreign-agent legislation, which took effect in 2012 in the aftermath of major anti-Putin protests. The Russian president said that the demonstrations were sparked mostly by Western countries, and that legislation was required to prevent foreign powers from interfering in Russia’s domestic affairs.

However, opponents claim that the law has been used to suppress critics since then, and it was expanded in 2019 to include journalists and even bloggers who get funding from overseas and express political views.

Other human rights groups have been shut down using Russia’s legal system. Another organisation committed to publicizing police detentions during the most recent wave of anti-government rallies, OVD-Info, had its website disabled earlier this month for allegedly inciting extremism and terrorism.

Russian authorities praised the International Memorial decision, saying it was made in accordance with the law.

“The institution, which was founded to resuscitate historical truth and preserve the memory of victims of political repressions, has resolutely defied the demands of our legislation,” Vasily Piskaryov, a member of Russia’s Duma, stated.

Thomas Grove can be reached at [email protected]